Our Catalog
Updated
8/13/2022
Make a choice from any of our categories below
Featured Item
Hunters, Dogs and Antlers 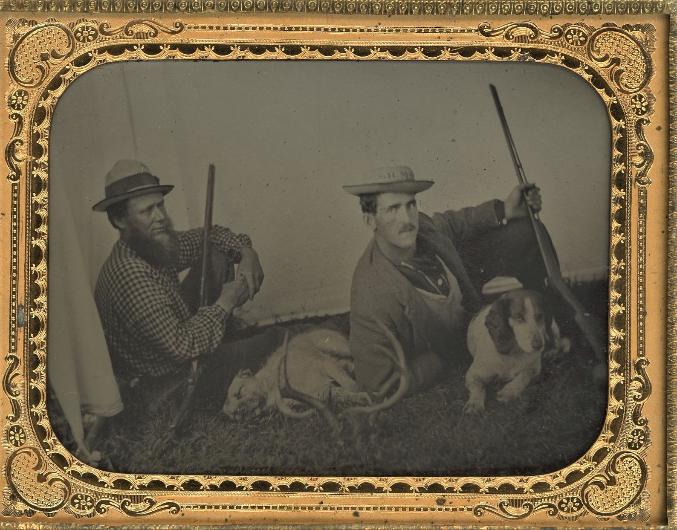 Fry was born in Carrollton, Greene county, Ill., Feb. 22, 1827, was graduated at West Point in 1847 and assigned to the 3d artillery. Inthe same year he joined the army of Gen. Scott in the City of Mexico, and the next year, with a detachment of artillery, made the voyage around Cape Horn to take military possession of Oregon. He was subsequently on frontier and garrison duty, assistant to Maj. George H. Thomas at the military academy, and adjutant of the academy under Col. R. E. Lee.

Being promoted captain and made assistant adjutant-general, March 16, 1861, he was chief of staff to Gen. Irwin McDowell in that year serving in the first battle of Bull Run was afterwards chief of staff to Gen. Don Carlos Buell, 1861-62, and took part in the battles of Shiloh and Corinth, the movement to Louisville, Ky., and the pursuit of Gen. Bragg. He was made provost-marshal-general of the United States on March 17, 1863, given the full rank of brigadier-general April 21, 1864, and was successively brevetted lieutenant-colonel, colonel, brigadier-general and major- general in the regular army for "faithful, meritorious and distinguished services during the war."