Our Catalog
Updated
6/12/2021
Make a choice from any of our categories below
Featured Item
Libby Prison, north side, Richmond, Va. 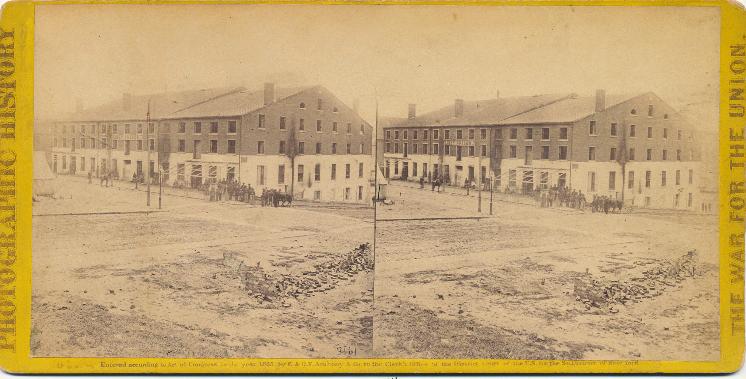 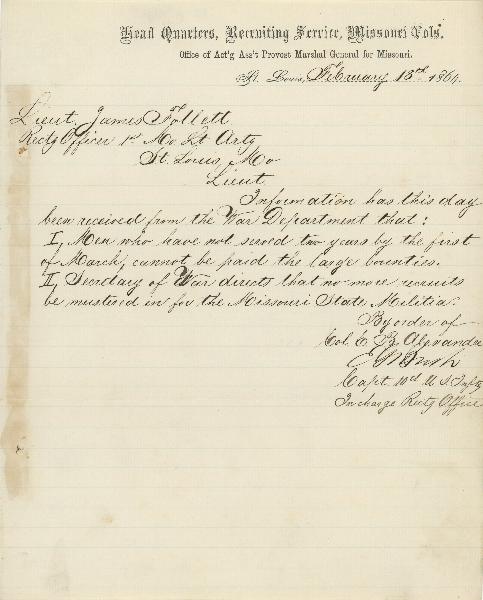 Click on an image to enlarge
Document on letterhead "Head Quarters, Recruiting Service, Missouri Vols. St. Louis, February 18, 1864.
" Signed by captain E. G. Bush of the 10th U.S.
Infantry to Lieut. James Follett, Rectg Officer, 1st Mo. Lt. Arty. Follett received the Medal of Honor "for extraordinary heroism on 3 March 1862, while serving with Company G, 1st Missouri Light Artillery, in action at New Madrid, Missouri. Sergeant Follett remained on duty though severely wounded. On 31 December 1862, while procuring ammunition from the supply train at Stone River, Tennessee, he was captured, but made his escape, secured the ammunition, and in less than an hour from the time of his capture had the batteries supplied.” Signed by E. G. Bush
Edward Geer Bush
Residence was not listed;
Enlisted on 8/7/1859 as a 2nd Lieutenant.
On 8/7/1859 he was commissioned into US Army 10th Infantry (date and method of discharge not given)
(Subsequent service in US Army until his death)