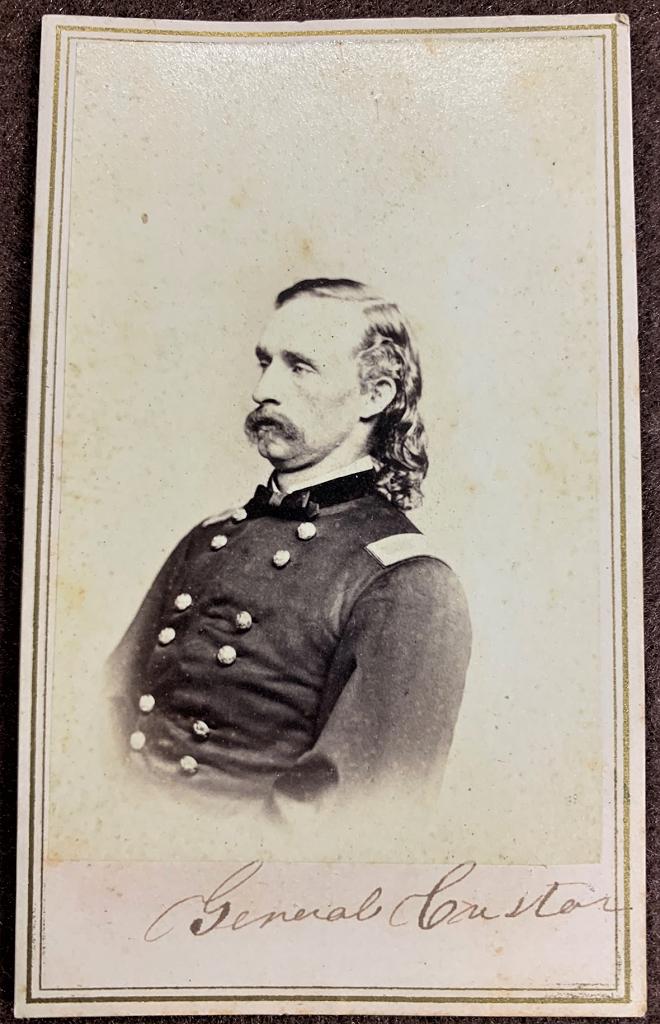 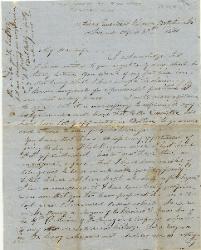 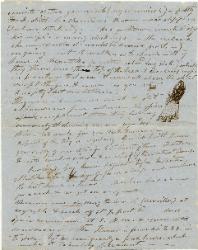 Click on an image to enlarge
Marines fighting in Mexico - Autograph Letter, 4 pages (I've scanned the first and last), quarto, April 30, 1848, Head Quarters, S. Marine Battalion, Alvarado, and reads in part: "…You know that I have let pass many opportunities of going to sea as Fleet Surgeon since I last
held that appointment, has it not been, then, and indulgence, a favor, that I have been enabled of late years to be so much with you & my family? & that I have not been kept abroad as fleet surgeon? I have so considered it and have been highly gratified & am sure that you too have preferred it…I received orders which placed me in the Army as Surgeon of the Marines & Med. Div. Of the 4th Division of the Army in a campaign superior to any recorded in history. Not a surgeon in the Navy who does not consider me as extremely fortunate in having been selected for that duty. After the Battle of Chepultepec & the Capture of the City of Mexico, my name was honorably mentioned by the
commanding General of the 4th Division (Gen.Quitman) as deserving all praise. A large number of wounded & other officers of the Army who left Mexico after its capture, before I was aware of it wrote me a joint letter of thanks in behalf of the sick & wounded for my services. After the capture of Mexico - at my own request , I left the army & rejoined the Navy & if I had asked for sea service would no doubt had a F. Surg.
Appointment…if the Treaty is ratified by Mexico I may come home soon…” More.