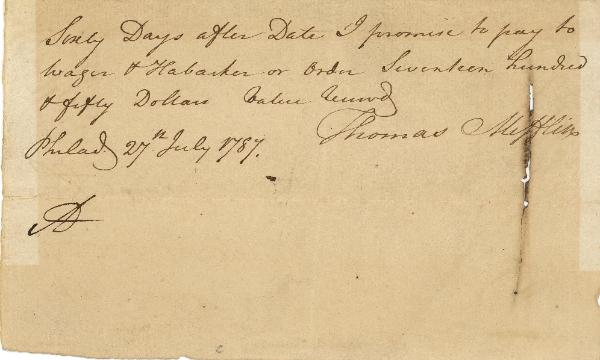 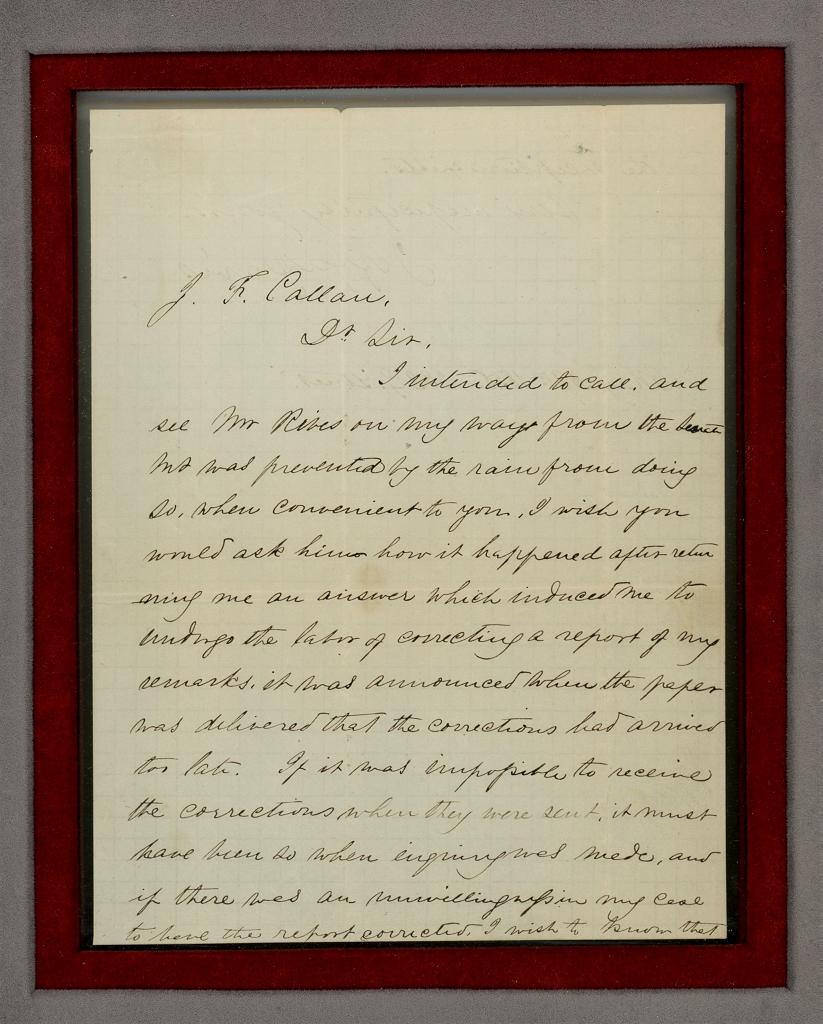 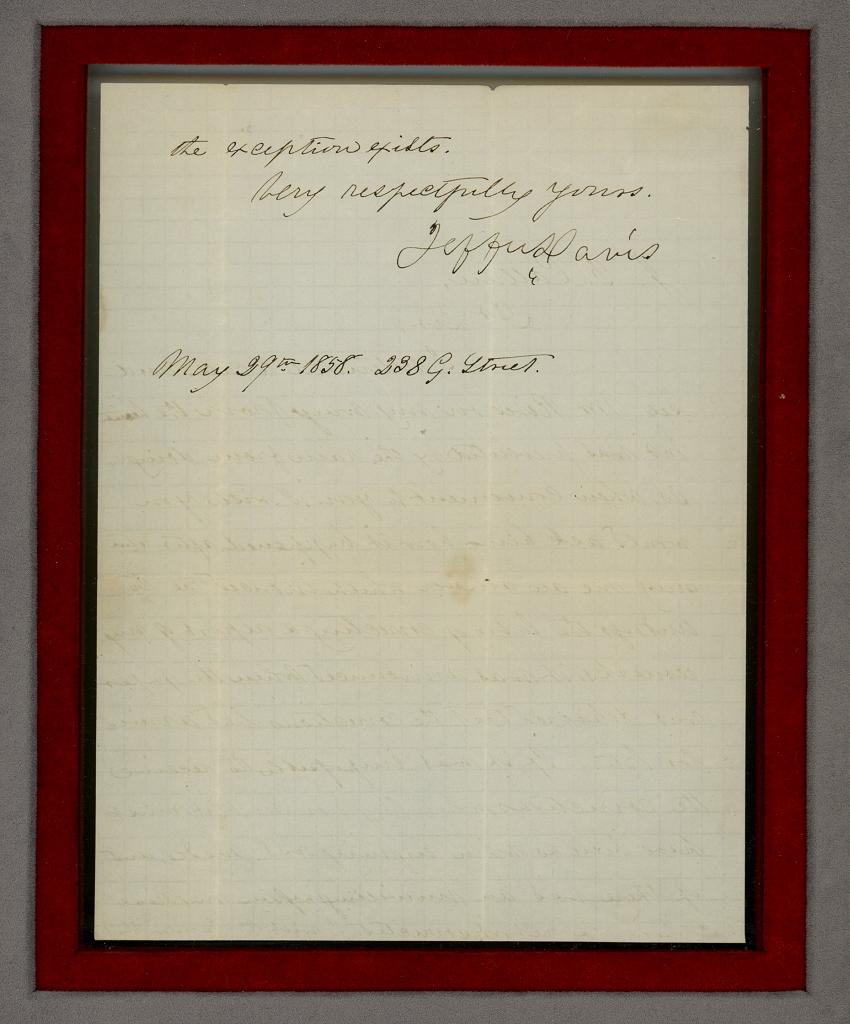 Jefferson Davis ALS Autographed letter signed in pen and ink of May 29th 1858 to a J.F. Callan regarding revisions to a report of his. At this time, Davis represented Mississippi in Congress in the Senate prior to the Civil War. He argued against secession in 1858. The full paper measures 8" x 6 1/4".

I intended to call and see Mr. Ribes on my way from the Senate but was prevented by the rain from doing so. When convenient to you, I wish you would ask him how it happened after returning me an answer which induced me to undergo the labor of correcting a report of my remarks. It was announced when the paper was delivered that the corrections had arrived too late. If it was impossible to receive the corrections when they were sent, it must have been so when inquiry was made, and if there was an unwillingness in my case to have the report corrected. I wish to know that the exception exists.