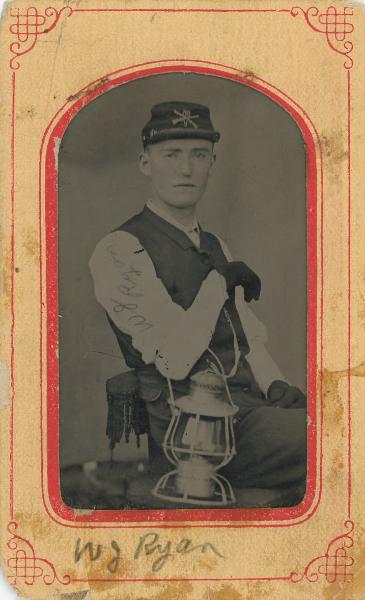 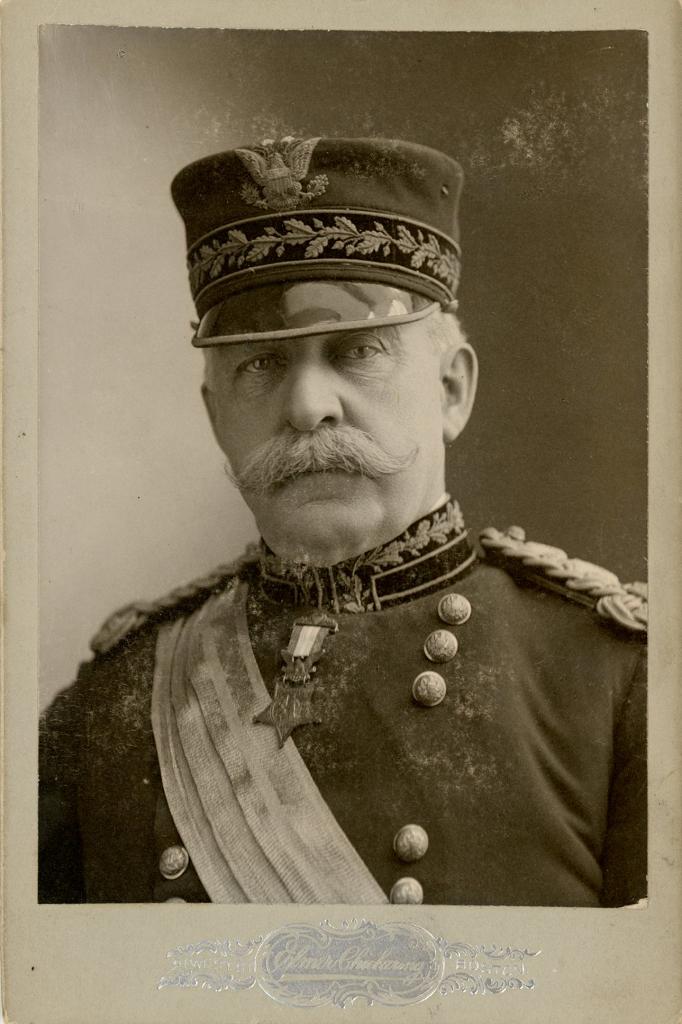 Click on an image to enlarge
General Nelson Miles A cabinet card of Miles in uniform wearing his Congressional Medal of Honor. Front marked Elmer Chickering, Boston. He received the Medal of Honor on July 23, 1892, for his gallantry at Chancellorsville. Miles played a leading role in nearly all of the U.S. Army's campaigns against the American Indian tribes of the Great Plains. In 1874–1875, he was a field commander in the force that defeated the Kiowa, Comanche, and the Southern Cheyenne along the Red River. Between 1876 and 1877, he participated in the campaign that scoured the Northern Plains after Lt. Col. George Armstrong Custer's defeat at the Battle of the Little Big Horn and forced the Lakota and their allies onto reservations. In the winter of 1877, he drove his troops on a forced march across eastern Montana to intercept the Nez Perce band led by Chief Joseph after the Nez Perce War. When he died in 1925 Nelson was one of the last surviving general officers who served during the Civil War on either side.
Shipping Weight: 0.3 lb
Item # 22578
$275.00 USD