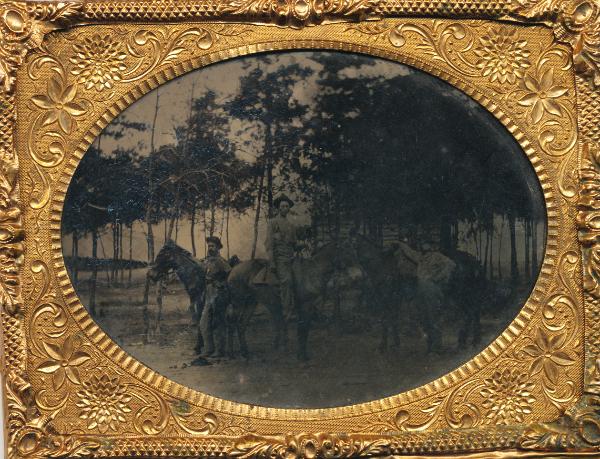 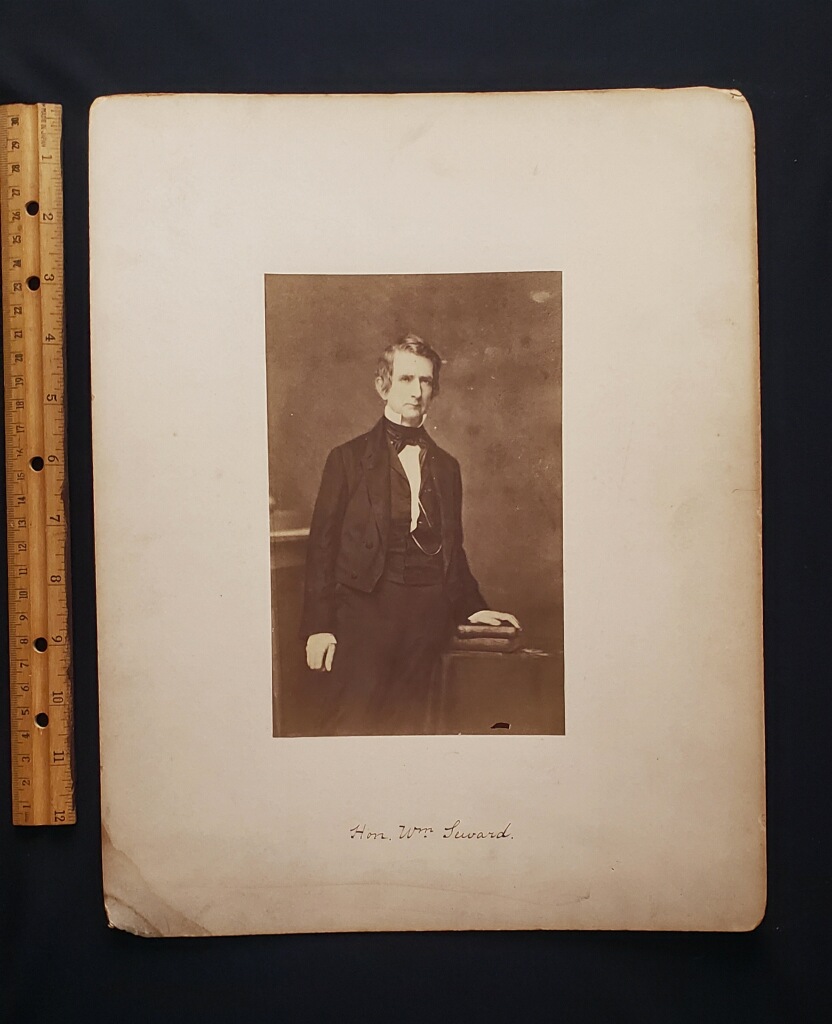 William Henry Seward Large albumen of William Henry
Seward United States Secretary of State under Abraham Lincoln and
Andrew Johnson. A determined opponent of the spread of slavery in
the years leading up to the American Civil War, he was a dominant
figure in the Republican Party. A leading contender for the party's
presidential nomination in 1860 Seward became a loyal member of
Lincoln's wartime cabinet. On the night of Lincoln's assassination, he
survived an attempt on his life in the conspirators' effort to decapitate
the Union government. As Johnson's Secretary of State, he engineered
the 1867 purchase of Alaska from Russia in an act that was ridiculed at
the time as "Seward's Folly". A standing view of the Seward. The
mount measures 11X14” . Not marked, but it seems likely that this was
made by Mathew Brady.