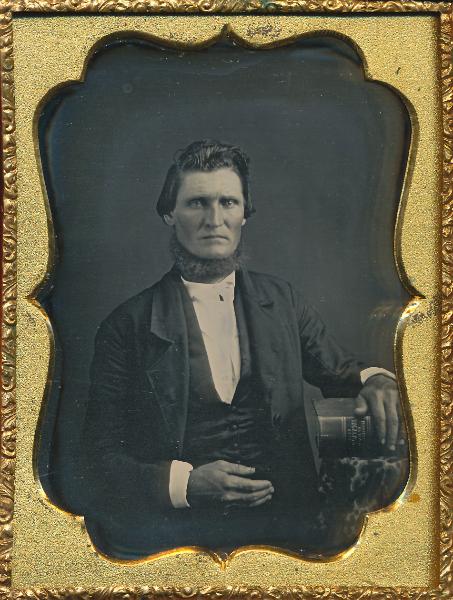 October 31, 2007 Mike Robinson from Toronto came for a visit. I have a new appreciation for the difficulties involved with making a daguerreotype of a dog. Below you will find some pictures of Mike and our Old English Sheepdog Rugby. 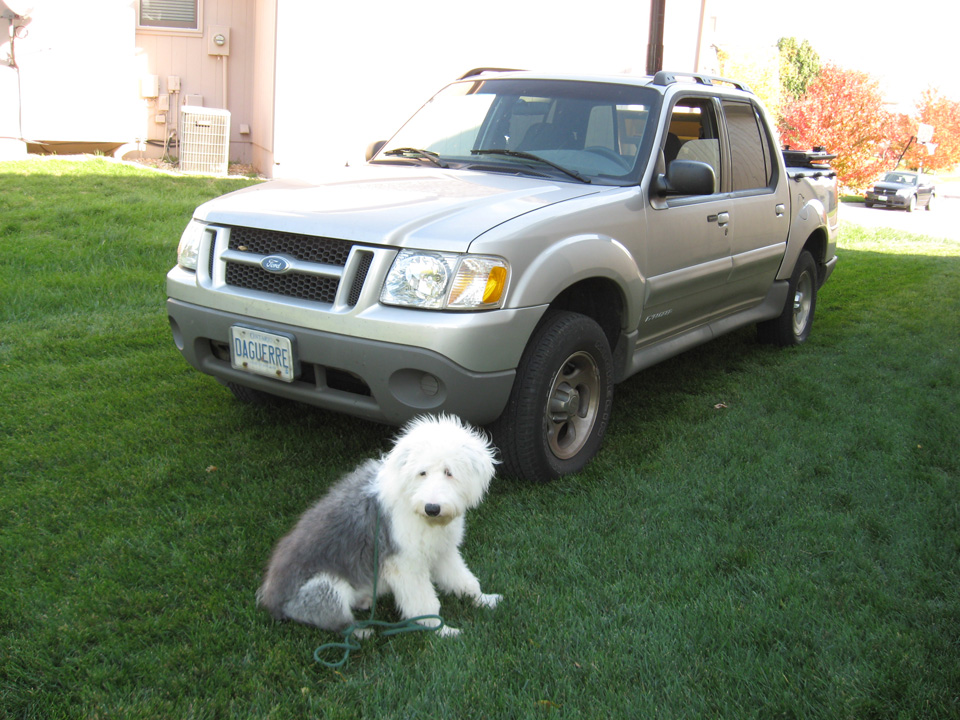 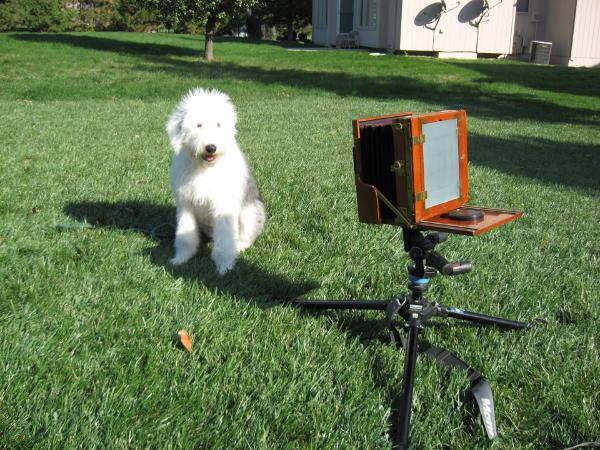 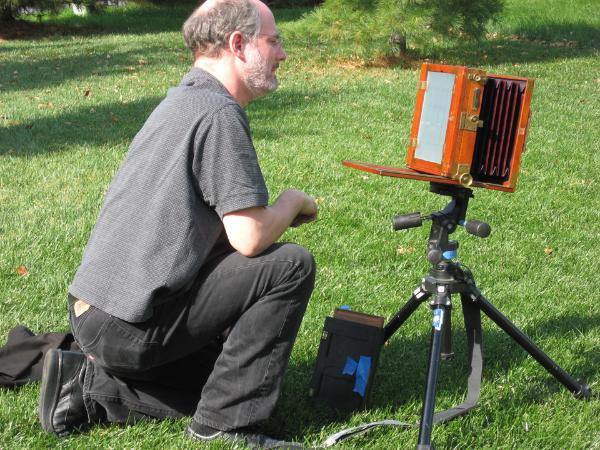 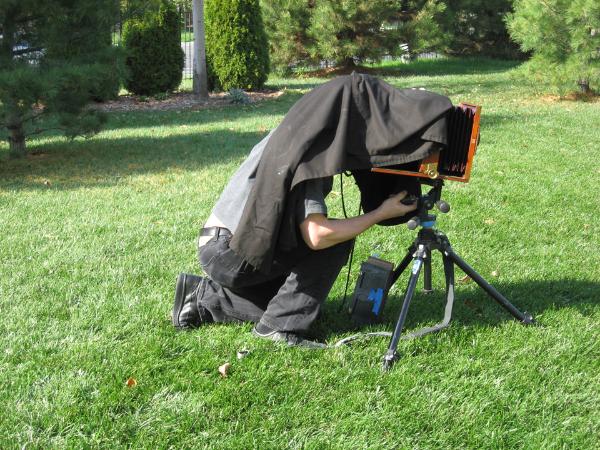 Mike spent an hour preparing each plate prior to arrival. 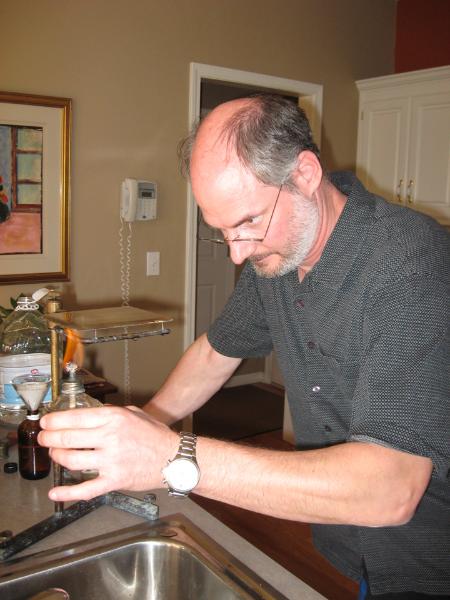 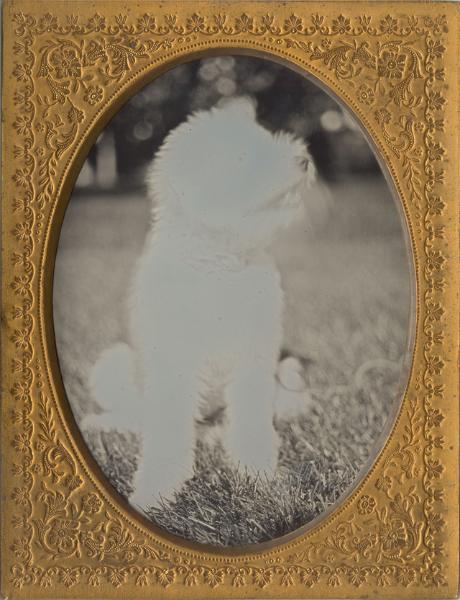 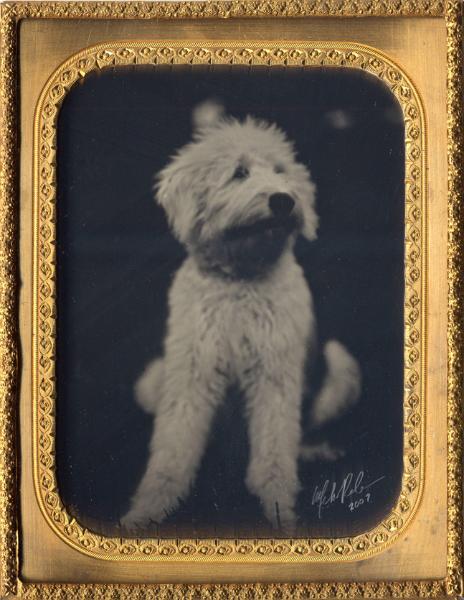 Out to the back yard for a second try. Plate #2 half second exposure. The only known Daguerreotypes of an Old English Sheepdog :) 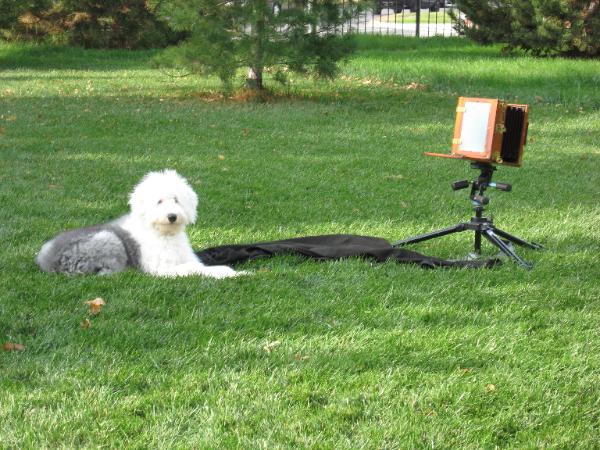 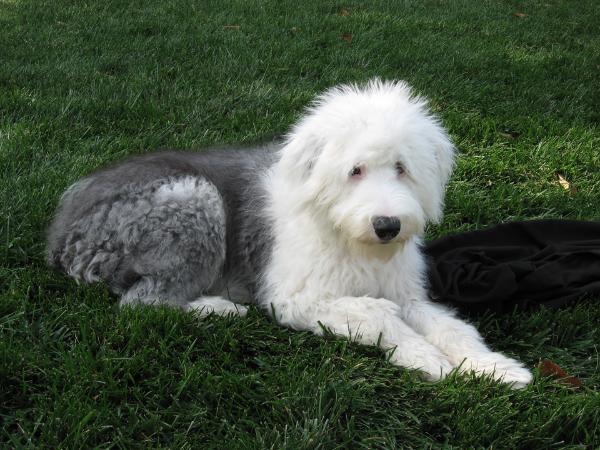 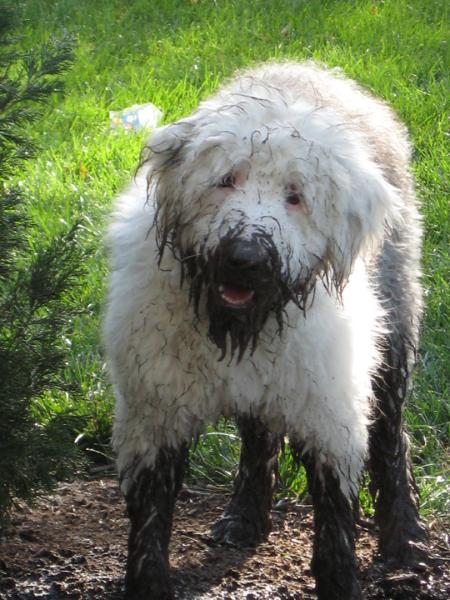