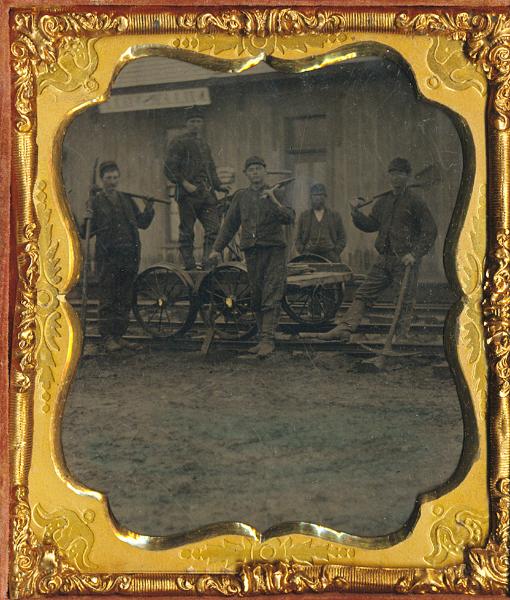 Click on an image to enlarge
Major General Samuel Ryan Curtis ANS, mounted letterhead "Headquarters, Department of Kansas, Fort Leavenworth, Nov. 21, 1864. " "I have the honor to be Yours Very Truly, S. R. Curtis Maj. Gen.” In March 1862, his army won the Battle of Pea Ridge in northwest Arkansas. He was promoted to major general for his success, effective March 21, 1862. After Pea Ridge, Curtis' small army moved east and invaded northeast Arkansas, capturing the city of Helena, Arkansas in July. In September, Curtis was given command of the District of Missouri, but Lincoln was soon forced to reassign him, after Curtis's abolitionist views led to conflict with the governor of Missouri. He was reassigned to command the Department of Kansas & Indian Territory. In October 1863, his son Major Henry Zarah Curtis, adjutant to Brig. Gen. James G. Blunt,
was killed by Quantrill's Raiders. In this surprise attack at the Battle of Baxter Springs, Quantrill's men wore Federal uniforms and gave no quarter. Samuel Curtis named Fort Zarah in memory of his son. In 1864, Curtis returned to Missouri, fighting against the Confederate invasion led by Maj. Gen. Sterling Price. Curtis gathered the forces of his department together, including
several regiments of Kansas State Militia, calling his force the Army of the Border. Price's incursion was halted by Curtis' victory at the Battle of Westport. The Battle of Westport, sometimes referred to as the "Gettysburg of the West," was fought on October 23, 1864, in what is now modern Kansas City, Missouri. This note was written less than a month later. Comes with a paper mounted CDV photo.
Shipping Weight: 0.25 lb
Item # 19479
(Sold)