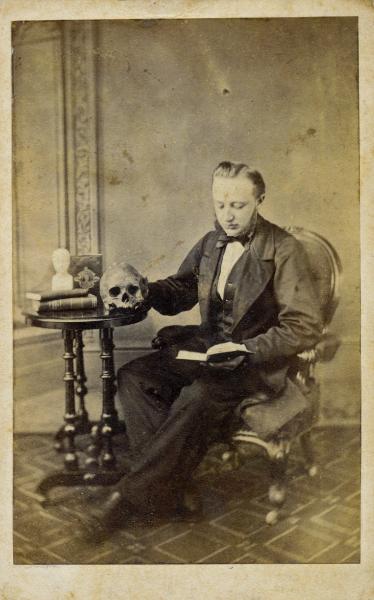 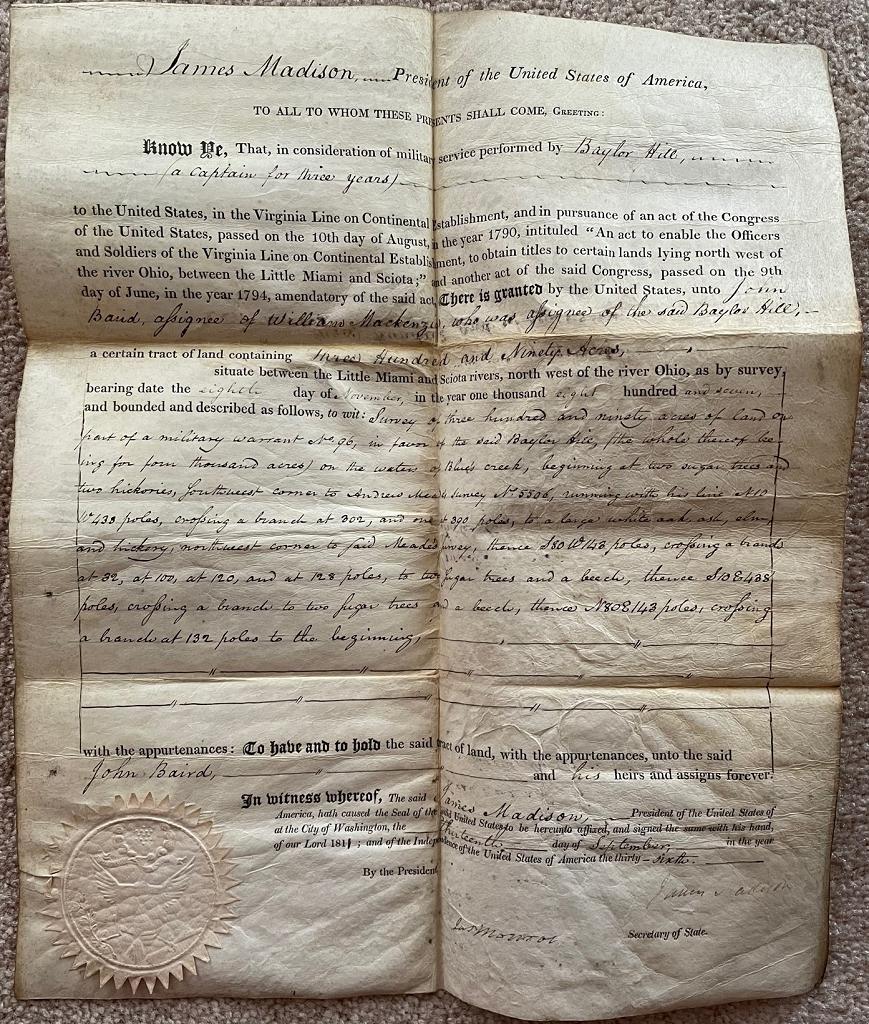 Land grant for a Revolutionary War veteran signed by
James Madison as President and James Monroe as Secretary of State. Large partly-printed and handwritten vellum document (measuring approximately 15.75" x 12.25") signed by James Madison as president, with an embossed Federal seal attached, and countersigned by future president James Monroe as Secretary of State. September 13, 1811, concerning a land grant for Baylor Hill a captain for three years to the United States, in the Virginia Line on Continental establishment…military warrant of 390 acres of land to John Baird assignee of William Mackenzie who was assignee of Baylor Hill. There is docketing
(handwritten notations) and clerk signatures on the reverse.
The document was folded. James Madison (1751-1836); James Monroe 1758-1831). An uncommon form of a Madison land grant.