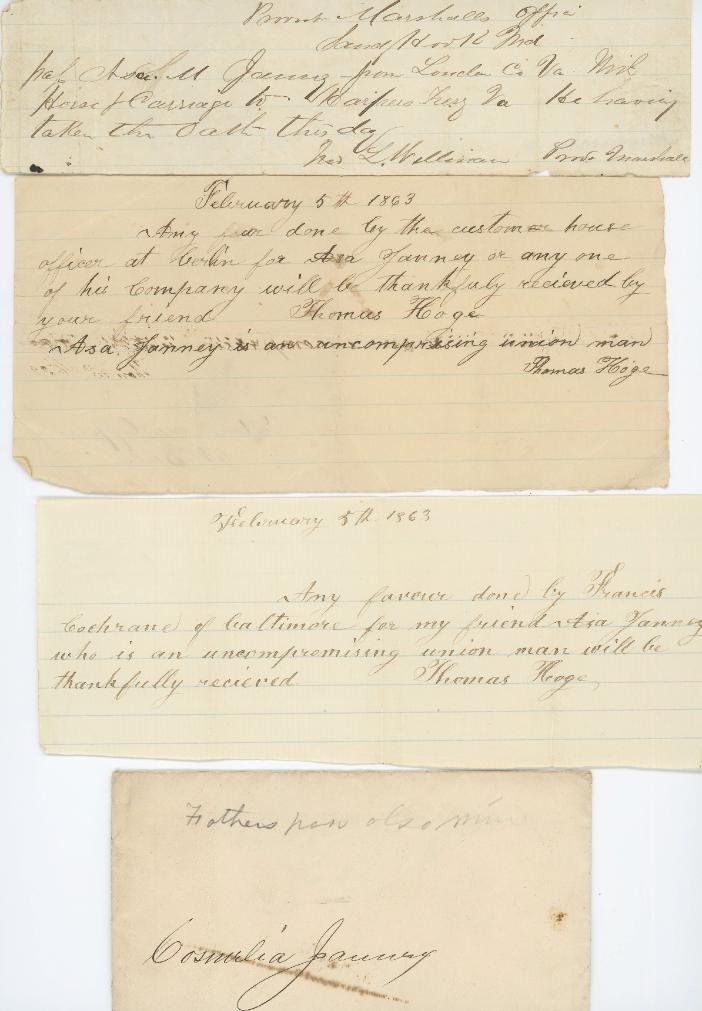 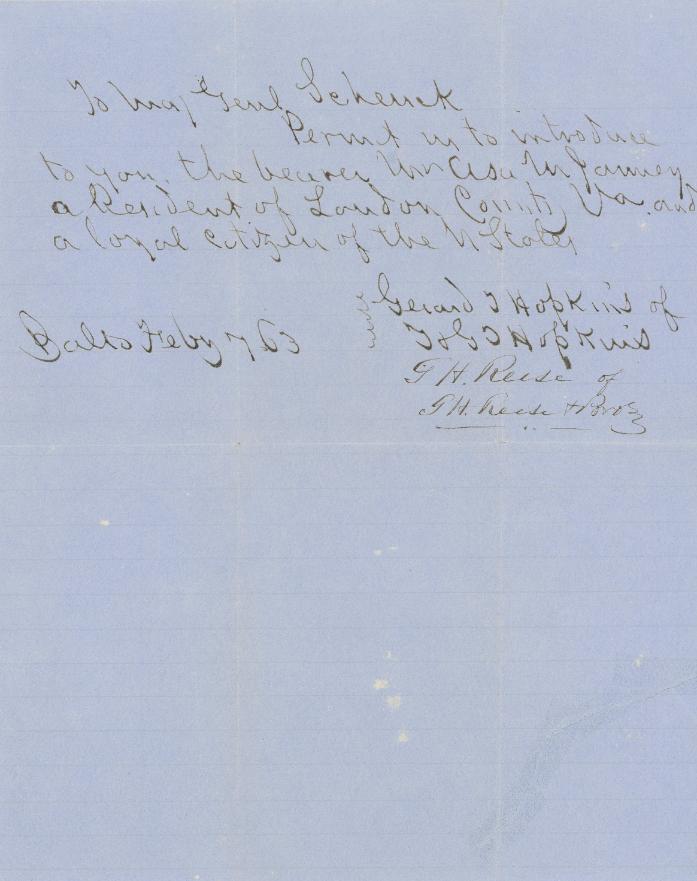 Click on an image to enlarge
Civil War Passes- Trip to Baltimore to see Major General Robert C. Schenck Four documents found in an envelope bearing the name Cosmelia Janney (1836-1916) and notation "father’s pass, also mine.” The documents relate to a trip which Asa Moore Janney (1802-77) and possibly his daughter Cosmelia made to Baltimore in early February, 1863. Two are short letters of introduction dated February 5, 1863 from Thomas Hoge, a Quaker neighbor. One was addressed to the Custom House officer in Berlin, Md. and the other to Francis Cockraine of Baltimore attesting to Asa’s loyalty to the Union. Asa apparently traveled by wagon to the border the following day, where he received a pass (not dated) from the provost marshal at Sandy Hook
permitting him to travel on to Harper’s Ferry after taking the Oath of Allegiance. From there he must have taken the train to Baltimore, where he obtained a letter of introduction to Major General Robert C. Schenck, commander of the Federal Army’s Middle Department. This letter was dated February 7th and signed by two Baltimore businessmen, Gerald T. Hopkins and G. H. Reese (probably Gerard Hopkins Reese 1818-1879, who had married a Janney.) Unfortunately, the nature of Asa’s visit to Schenck’s headquarters has not yet been
determined, but probably concerned the plight of Loudoun’s Unionists that winter.
Shipping Weight: 0.25 lb
Item # 19384
$200.00 USD