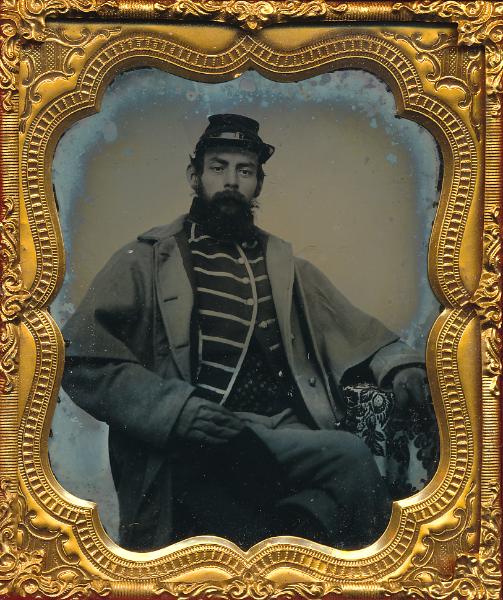 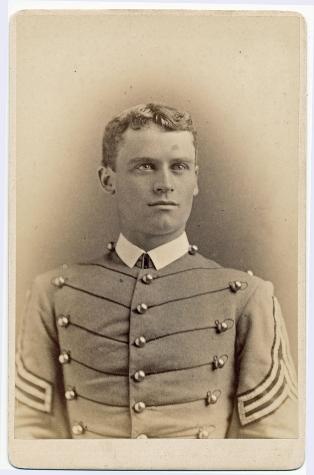 Click on an image to enlarge
Lloyd Milton Brett Cab Card presents a handsomely boyish looking soldier wearing a West Point Uniform. Lloyd M Brett was born on February 22, 1856 and died at the age of 71 on September 23, 1927. He graduated from West Point in 1879 and received a commission on June 13, 1879 as a 2nd LT in the US Cavalry. He was a US Army Brigadier General who was a recipient of the Medal of Honor for valor in action on April 1, 1880 at O’Fallon’s Creek, Montana. He graduated from West
Point and served in numerous campaigns on the
Western Frontier and later in WWI. He also received the Distinguished Service Medal, Officer of the Legion of Honor and Croix de Guerre. He died in Washington DC and is buried in Arlington National Cemetery.
Shipping Weight: 0.25 lb
Item # 11270
$350.00 USD