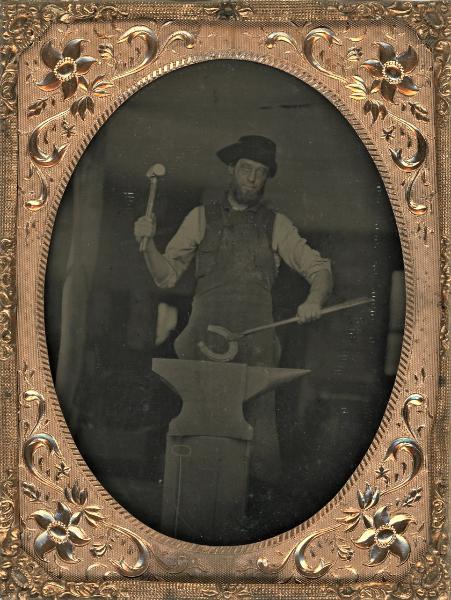 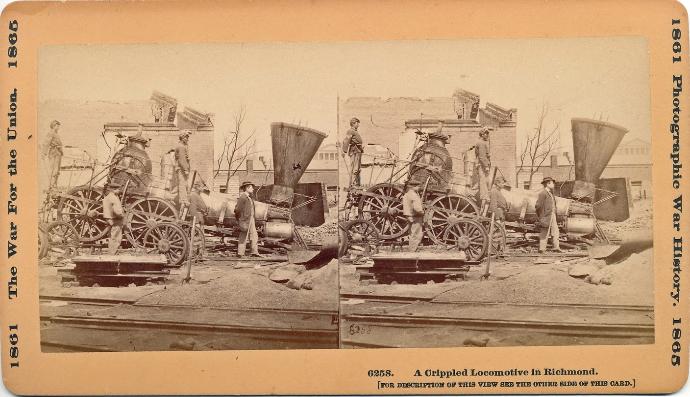 Click on an image to enlarge
Crippled Locomotive – Stereoview, "A CrippledLocomotive in Richmond” shows the front of a steam locomotive that has been halted and off railed. Front of card reads, "1861 The War For the Union 1865” on one side and "1861 Photographic War History. 1865” on the other. Back of the card reads, "6258 A Crippled Locomotive in Richmond.
When the Rebel army were forced to evacuate their Capital at Richmond, they set fire to the city, exploded the powder in their magazines and did their worst to entirely destroy the city. The Union troops came in as conquerors and immediately set to work with a will to extinguish the fires and save as much of the city as possible, but before the fires could be quenched, over 700 buildings were in ruins. This is a view of the depot of the Richmond & Petersburg Railroad. The ruined building and the ruined locomotive shows what destruction war brings.” There is also a photographic history listed on the back of the card.
Shipping Weight: 0.25 lb
Item # 13702
$395.00 USD