Our Catalog
Updated
9/28/2021
Make a choice from any of our categories below
Featured Item
Steam Locomotive "A. M. Ramsdell" 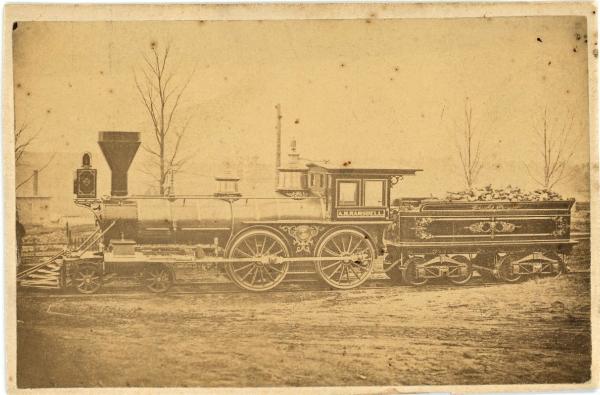 Click on an image to enlarge
Confederate Warrior Young Black Dog(Black Dog II) - Osage, on a US Dept. of the Interior cabinet mount, card reads U.S. Geological and Geographical Survey of the Territories - F. V. Hayden, U.S. Geologist in Charge. Black Dog II and some other Osage joined the 1st Osage Battalion, C.S.A. (Confederate States of America) around 1862, under Major Broke Arm. This military unit was composed of three companies. Black Dog served as a Captain of Company B. He served under Stand Watie and it is believed that this unit was involved at the battles of Pea Ridge and Prairie Grove, both in northwest Arkansas in 1862. This photo was taken in 1876 and shows Black Dog with his bear claw necklace.