Our Catalog
Updated
11/27/2021
Make a choice from any of our categories below
Featured Item
W. F. “Buffalo Bill” Cody 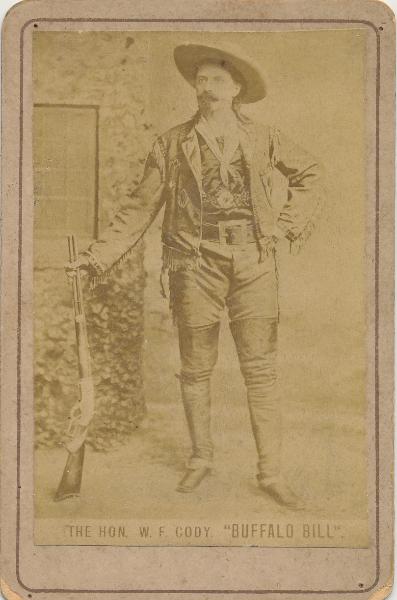 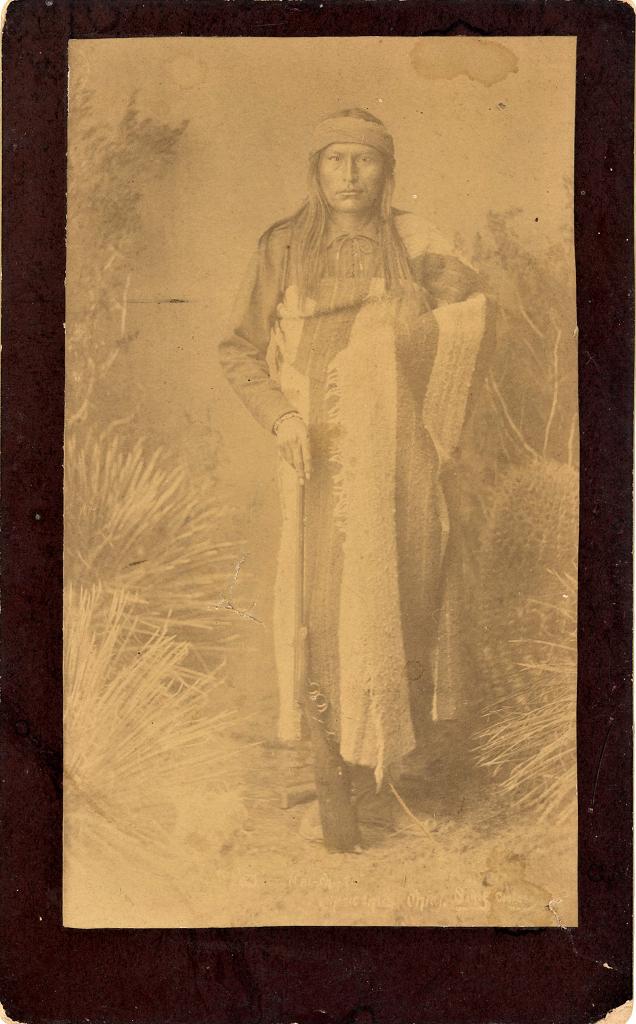 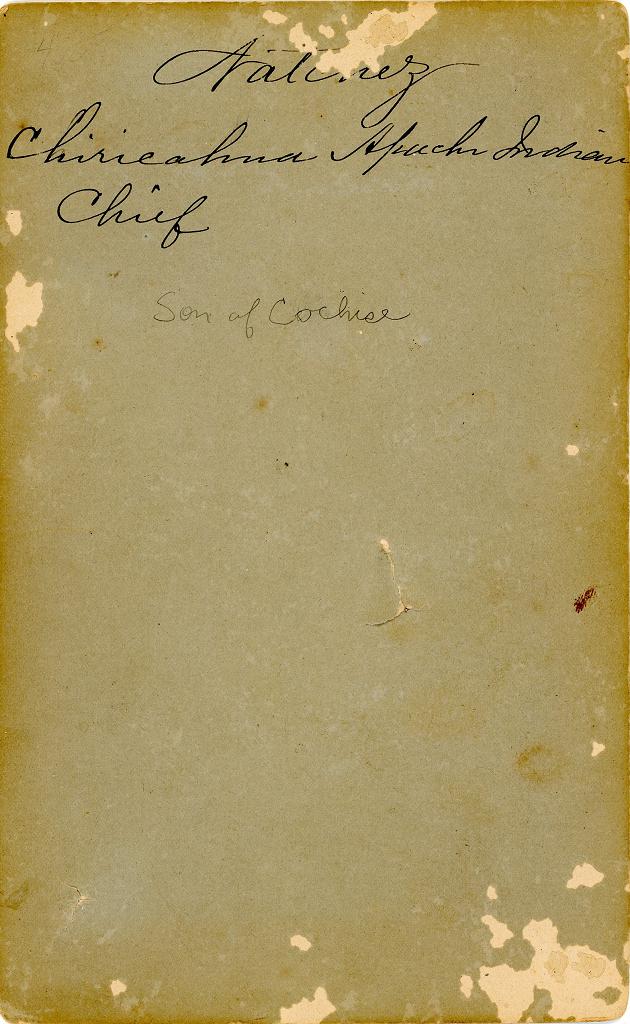 Nachez was the son of Cochise and nominally head chief of the Chiricahuas, but like Mangus he was not warlike enough to satisfy his people and had been pushed aside - first by Juh, then by Geronimo, who arose as war leader after Juh had drowned in the autumn of 1883." Nachez participated in the uprising of 1885-1886 and remained with Geronimo and other "hostile" Chiricahua hiding out in Mexico. They were intensively tracked by United States Army troops, aided by Apache scouts. Geronimo and Nachez finally surrendered to General Nelson Miles in September, 1886. An identical better condition image sold at Cowan in 2009 for $1,763. This image has a puncture to the left of his rifle but is not greatly apparent and a small on e in the lower right corner. Priced accordingly.