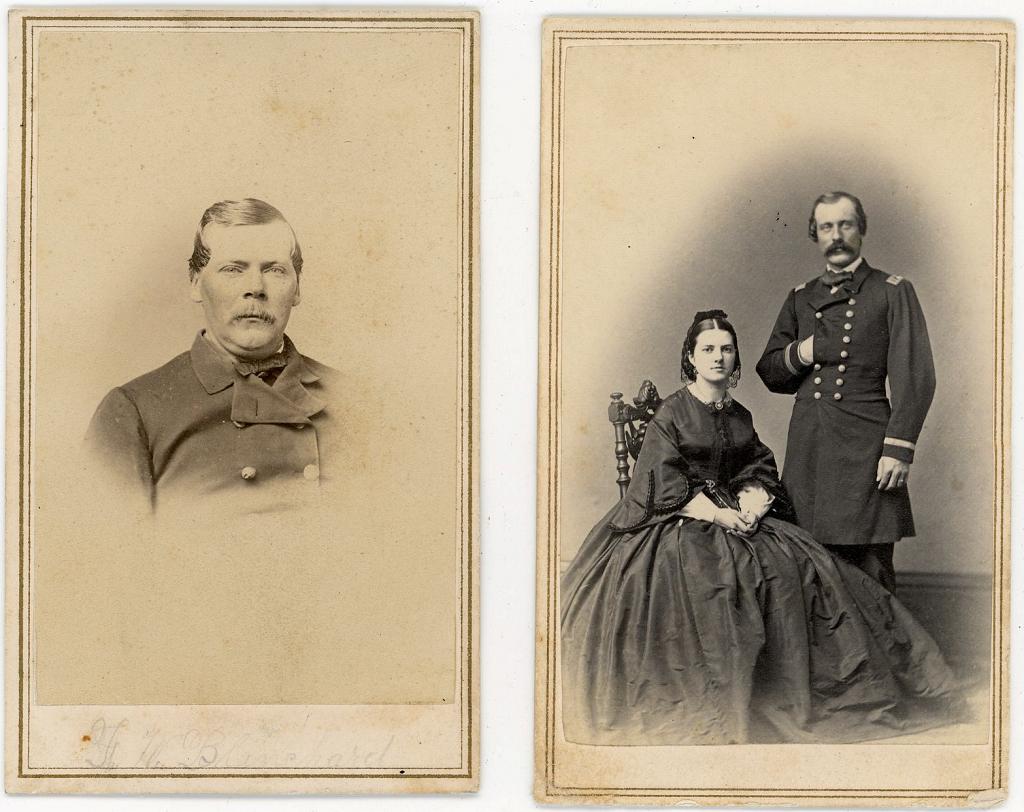 Click on an image to enlarge
General Franklin S Nickerson 4th and 14th Maine CDV of Nickerson as General. Back marked E Jacobs & Co. Nickerson was collector of customs at the beginning of the Civil war, but he resigned his office to become major in the 4th Maine infantry, June 15, 1861. He was promoted lieutenant-colonel of his regiment, Sept. 9, colonel Nov. 25, and on Nov. 29, 1862, was commissioned brigadier-general of volunteers. He was specially mentioned by Gen. O. O. Howard for his bravery at Bull Run. After becoming colonel of his regiment he was sent to New Orleans, under Gen. Benjamin F. Butler, and was specially mentioned for his services at Baton Rouge. After receiving his commission as brigadier-general Gen. Nickerson served in the Department of the Gulf during the remainder of the war, and on May 13, 1865, resigned his commission and took up his residence in Boston, Mass.
Shipping Weight: 0.25 lb
Item # 22454
$195.00 USD