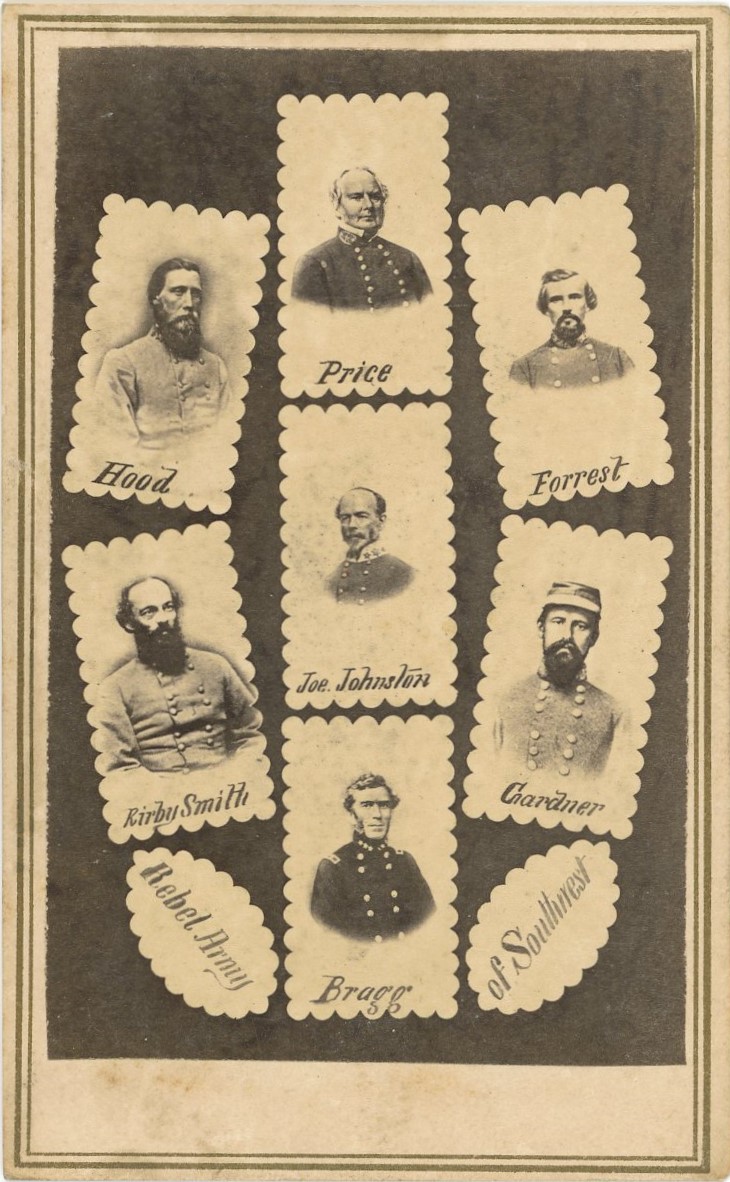 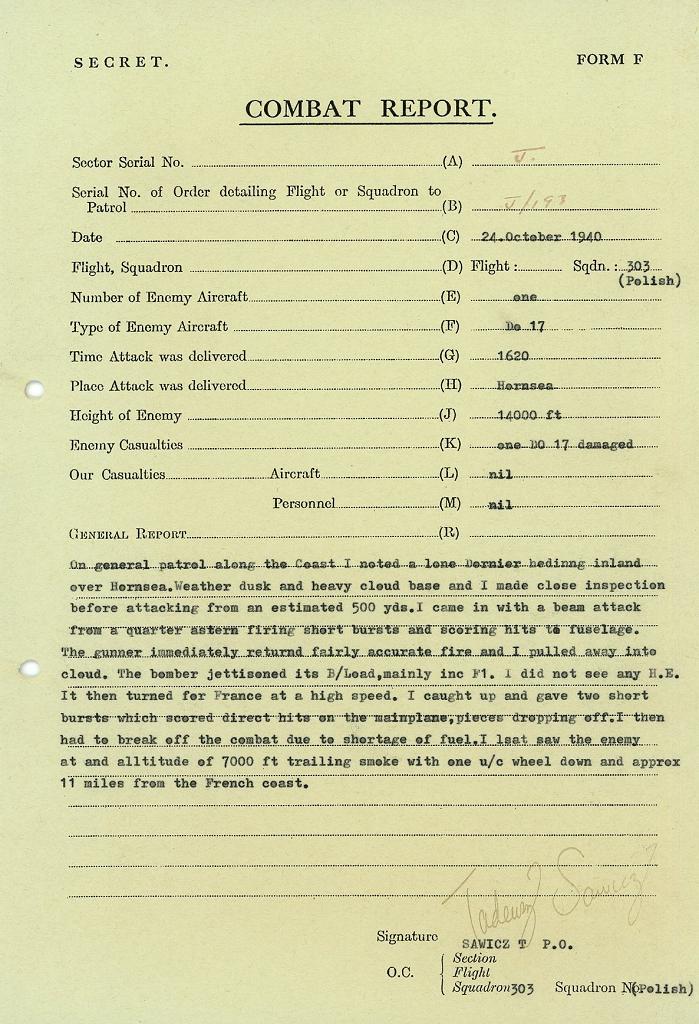 Tadeusz Sawicz Combat Report from the Battle of Britain, 1p, legal folio, DS, October 24, 1940, marked "SECRET" and submitted by P/O T. Sawicz, No. 303 (Polish) squadron. "On general patrol along the Coast I noted a lone Dernier heading inland over Hornsea. Weather dusk and heavy cloud base and I made close inspection before attacking from an estimated 500 yards. I came in with a beam attack from a quarter astern firing short bursts and scoring hits to fuselage. The gunner immediately returned fairly accurate fire and I pulled away into a cloud. The bomber jettisoned its B/Load, mainly inc F1. I did not see any H.E. It then turned for France at a high speed. I caught up and gave two short bursts which scored direct hits on the mainplane, pieces dropping off. I then had to break off the combat due to shortage of fuel. I last saw the enemy at an altitude of 7000 feet trailing smoke with one u/c wheel down and approx 11 miles from the French coast.

Tadeusz Sawicz (13 February 1914 – 19 October 2011) was a Polish World War II fighter pilot. He served in the Polish Air Force, and after the fall of Poland, he served in the Polish and allied units in France and United Kingdom. He participated in the Battle of Britain and claimed 3 confirmed victories and was ranked as the 82nd highest scoring Polish fighter pilot of the war. At his death he was believed to have been the last surviving Polish pilot to have fought in the Battle of Britain.