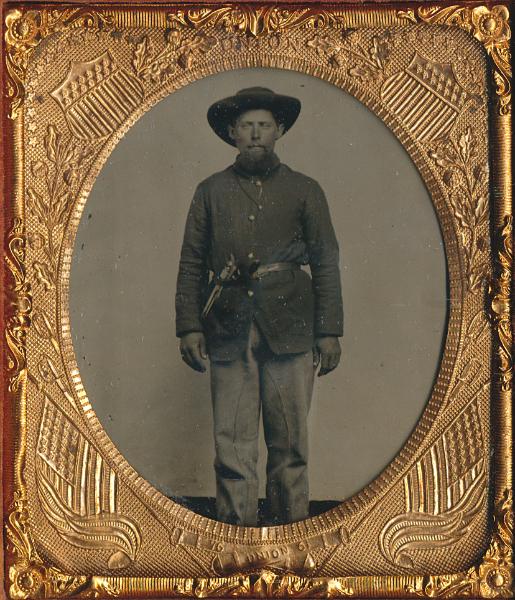 General Alexander McCook CDV, bust view, of the general in uniform. He was appointed colonel of the 1st Ohio Infantry and served in the Washington defenses and saw action at the First Battle of Bull Run. He was promoted to brigadier general of volunteers and commanded a division in Tennessee. He earned the brevet of lieutenant colonel in the regular army for his part of the capture of Nashville, Tennessee. He commanded the 2nd Division of the Army of the Ohio at the Battle of Shiloh, and the subsequent campaign against Corinth. Later he was court martialed and partially blamed for the disaster at Chickamauga. He was not convicted but was relieved of duty in the Army of the Cumberland. Back mark J. W. Campbell, Army Photographer, 20th Army Corps, Army of the Cumberland.