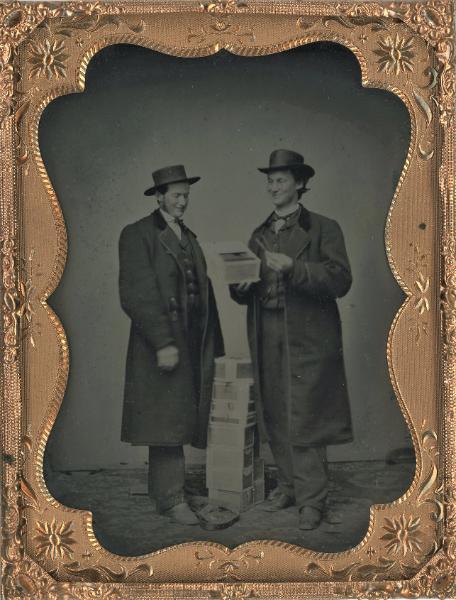 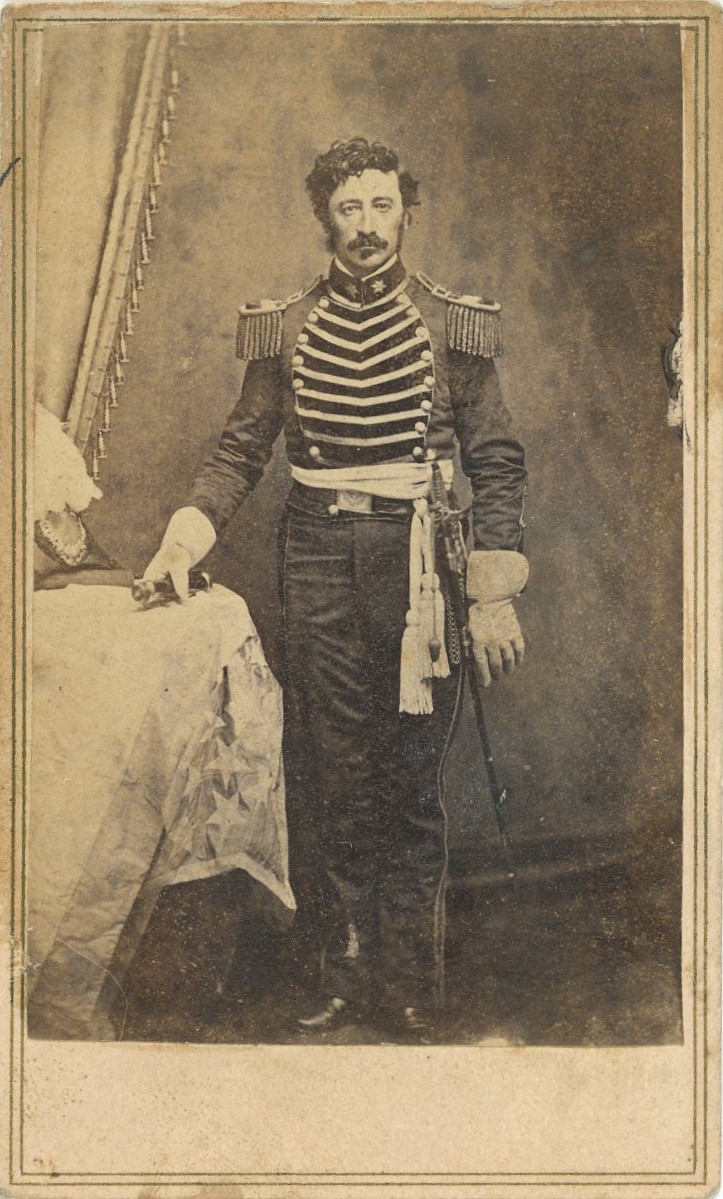 General James S. Negley CDV Standing view in uniform with epaulettes, singles star on each side of the collar, piping across his chest, gauntlets and sword attached to his belt. His hat is just visible on the table at his side, and he is holding what appears to be a telescope. The table covering is a flag with stars visible. He rose to brigadier general of the 18th division and in 1861 was put in charge of organizing and equipping volunteers in the Pittsburgh area. That summer he served under General Robert Patterson and in February 1862 was appointed a brigadier general of U. S volunteers. He was sent to Kentucky and served with General Don Carolos Buell's army until the fall of 1862, when General Braxton Bragg's army invaded Kentucky. Buell marched northward leaving Negley to defend Nashville. At the Battle of Stone's River Negley commanded a division under General George H. Thomas and was promoted to major general for his services. His capabilities were again ably demonstrated when Bragg was driven out of Tennessee. Back mark E. & H.T. Anthony, New York.