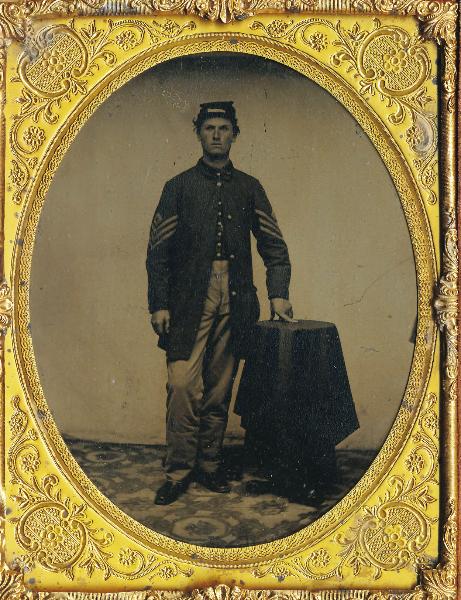 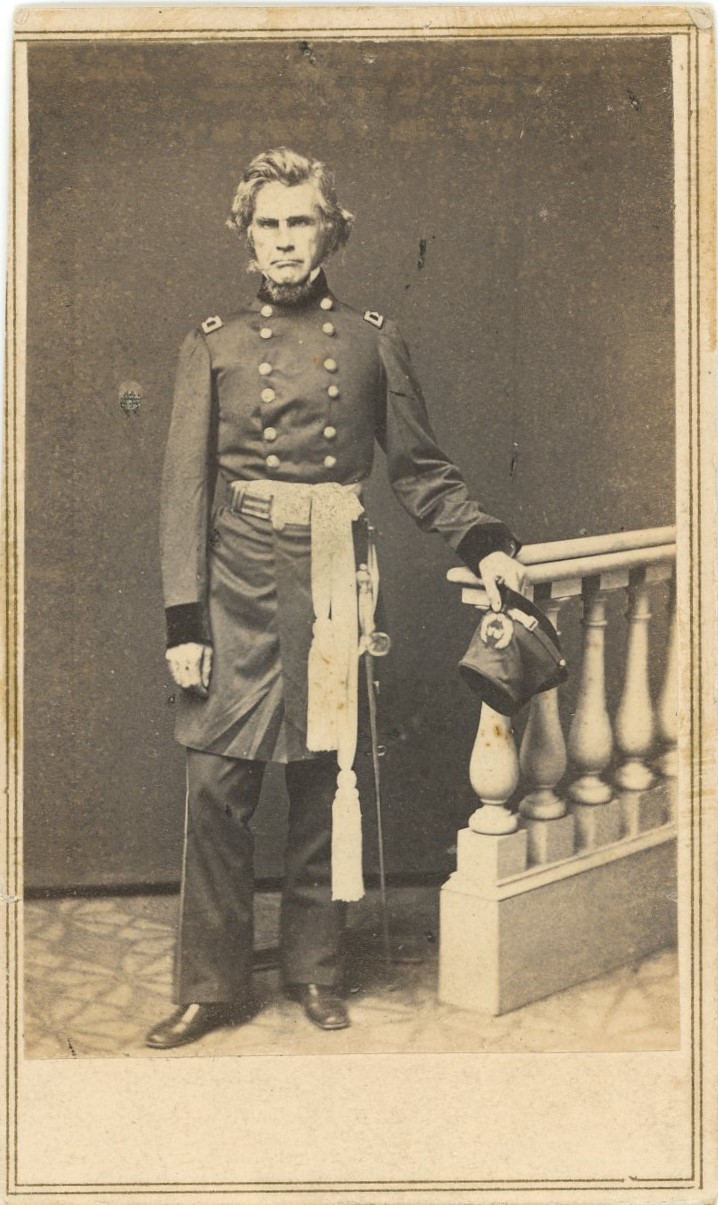 General Ormsby Mitchel CDV Full standing pose holding his hat from life. He commanded the Department of the Ohio from September to December 1861. During this time he conspired with espionage agent James J. Andrews on plans to steal a train in Georgia and disrupt a railroad vital to the Confederate States Army coincident with Mitchel's planned attack on Chattanooga. The raid failed, as did Mitchel's military operation. Andrews and a number of his men were captured. Andrews was among eight men who were tried in Chattanooga and hanged in Atlanta by Confederate forces. Although a military failure, the story of Andrew's raid became known to American history as the Great Locomotive Chase, and has been retold in publications and film. General Mitchel led a division of the Army of the Ohio from December 1861 to July 1862, and was placed in charge of the defense of Nashville. He became famous when he seized the city of Huntsville, Alabama in April 1862 without a shot being fired, after he led his troops there from Shelbyville with a surprise maneuver. He was promoted to major general for his efforts. No back mark.