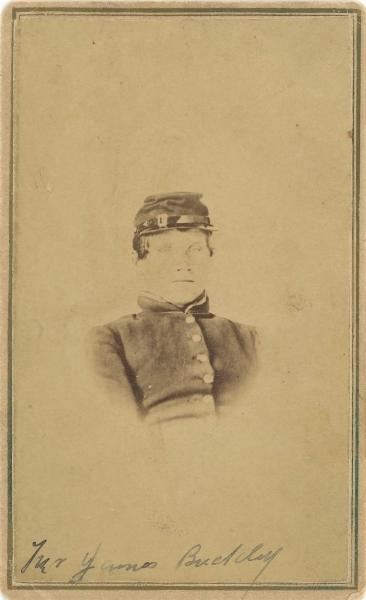 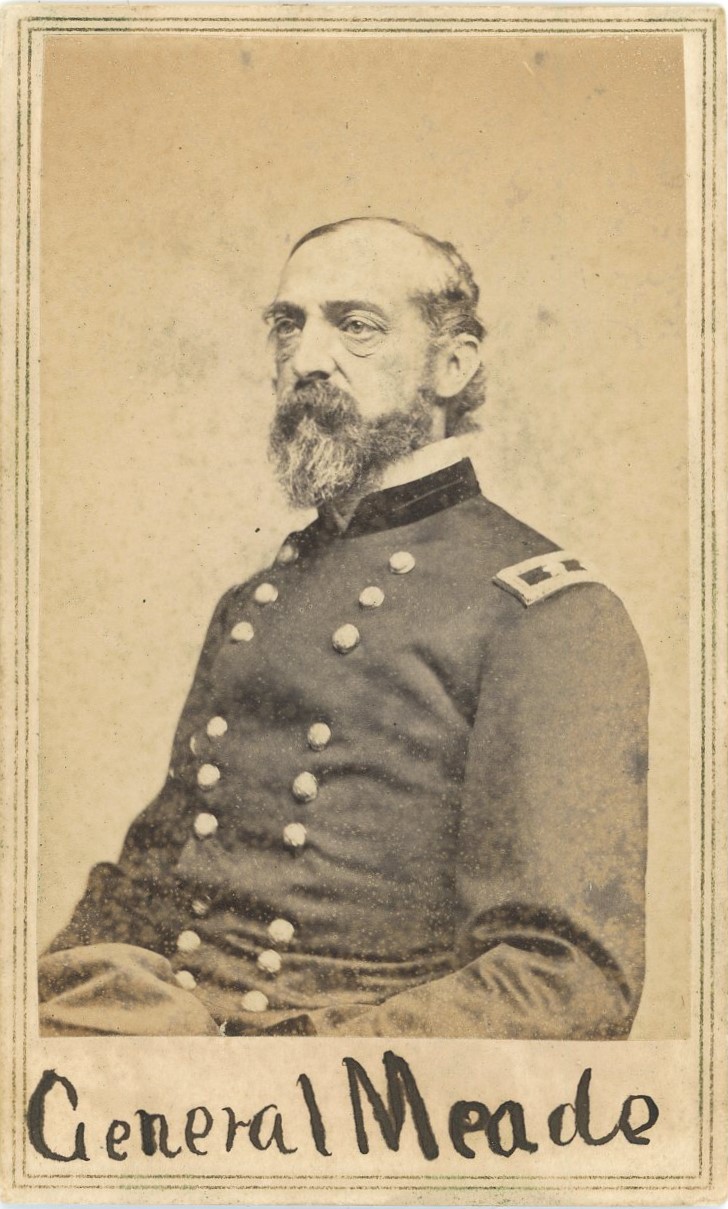 General George Meade CDV Seated half view of the general in uniform. General Meade, also known as "Old Snapping Turtle,” was a career Army Officer and civil engineer. General Meade saw much combat during the Civil War and is best known for defeating Confederate General Robert E. Lee at the Battle of Gettysburg in 1863. He died while still on active duty from complications of his old wounds combined with pneumonia.