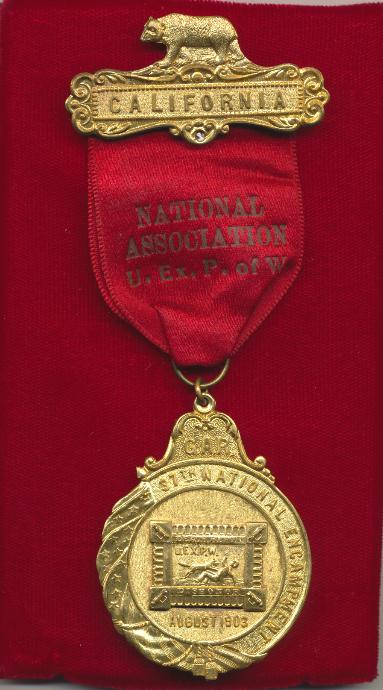 Click on an image to enlarge
Tom Chamberlain War Date Manuscript LS Head Qrts 1st Div 5th A.C Office Provost Marshal Feby 19, 1865 To Lt Vogel Act. Prov. Mar. 1st Brigade. Lt., I hearwith forward you under guard the following named men Corp. William Emmet H 185th NY Vols, Priv Alex Ross H 185th NY Vols, Priv Truman Albro I 185th NY Vols. Received from you on the 4th day of February 1865 with a communication stating that charges would be prepared against the above named men. I therefore forward the men for your action in the case. Very Respt Yours. T.D. Chamberlain Captain Pro Mar. (It is interested to note that Corporal Emmet was later reduced to ranks) A rarely seen war date letter of Tom
Chamberlain who served with the 20th Maine at Gettysburg along side his brother.

Thomas Chamberlain was involved in most of the battles in which the 20th Maine fought, most notably the Battle of Gettysburg. During the defense of Little Round
Top, the 20th Maine came under heavy attack from the Confederate 15th Alabama regiment, part of the division led by Maj. Gen. John Bell Hood, and after about 3–4 hours of fighting the 20th Maine completely ran out of ammunition. Chamberlain's brother Joshua recognized the dire circumstances and ordered his left wing to respond to the rebels by charging downhill with fixed bayonets, thus ending the Confederate attack on the hill. The 20th Maine and the 83rd Pennsylvania together captured over 400 soldiers from the attacking
Confederate forces. Joshua was slightly wounded in the foot by a spent bullet. Thomas was unhurt, except for "several scratches". As a result of their valiant defense of the hill, the Chamberlain brothers, Joshua Chamberlain especially, and the 20th Maine gained a great reputation and they were the subject of many
publications and stories. After Gettysburg, the major battles in which Thomas Chamberlain and the 20th
Maine were involved were the Battle of Spotsylvania Court House and the Siege of Petersburg. At the Siege of Petersburg, the 20th Maine was in reserve, while Joshua (against his better judgment) led his Pennsylvania Bucktail brigade in a charge on a section of the Confederate defenses known as Rives's Salient. Turning
to direct his troops, Joshua was struck by a minié ball, which entered just below his right hip, nicked his bladder and urethra, and stopped at his left hip. Such a
devastating wound should have been fatal, and when he arrived at the field hospital, three miles behind the lines, his life was feared over. Thomas Chamberlain, back with his regiment, eventually heard the news. He and the surgeon of the 20th Maine, Dr. Abner O. Shaw, went to the hospital where Joshua was dying. As Thomas waited, Dr. Shaw, with Dr. Morris W. Townsend of the 44th New York, worked all night to try to save Joshua Chamberlain's life. Thirty-five years later, Joshua Chamberlain wrote that, after the surgeons had finished: "Tom stood over me like a brother, and such a one as he was." Remarkably, Col. Chamberlain survived to enjoy his "on the spot" promotion to brigadier general, although he never returned to full fitness. A number of biographers of Joshua Chamberlain say that his life was saved through the activity of his brother, Thomas.After Petersburg, Thomas Chamberlain and the 20th Maine were involved in the Battle of Five Forks (for which he was awarded Brevet Lieutenant Colonel for his bravery) and the Battle of Appomattox Courthouse. At the end of the war, the 20th Maine marched from Appomattox, Virginia, on May 2, reaching Washington, D.C., on May 12, where it was then finally mustered out of service on July 16, 1865. He ended the war with the rank of lieutenant colonel.
Shipping Weight: 0.25 lb
Item # 20246
$675.00 USD