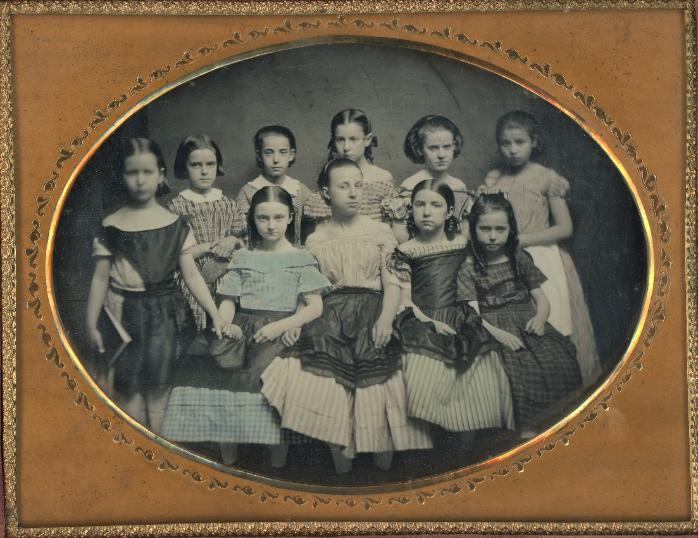 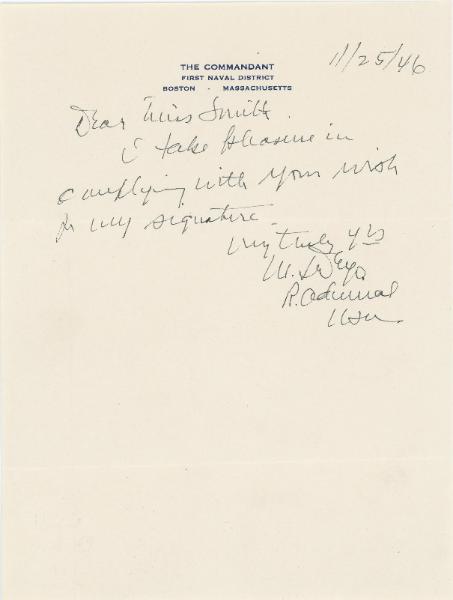 Click on an image to enlarge
Vice Admiral Morton Lyndholm Deyo ALS on naval letterhead, 11/25/46 to Miss Smith in response to her request for his signature. Vice Admiral Deyo served in the U. S. Navy for 38 years, winning three medals of personal honor: the Distinguished Service Medal and the Legion of Merit with Gold Star. He served in both the Atlantic and Pacific fleets, providing the first American escort assistance to allied convoys to England just prior to the Japanese attack on Pearl Harbor. He later commanded naval gunfire support at Utah Beach in the Normandy invasion, Task Force 129 at the Bombardment of Cherbourg, as well as during the invasion of Southern France. In the Pacific he commanded gunfire and covering force for the assault and occupation of Battle of Okinawa. At war’s end,
he accepted the surrender of Japanese forces at Sasebo, Kyushu, and directed the Allied Occupation of Western Japan.
Shipping Weight: 0.25 lb
Item # 19448
$50.00 USD