Our Catalog
Updated
9/28/2021
Make a choice from any of our categories below
Featured Item
Housemaid? 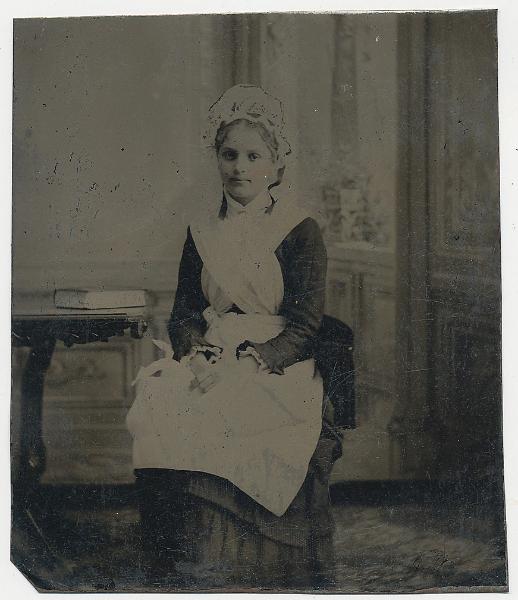 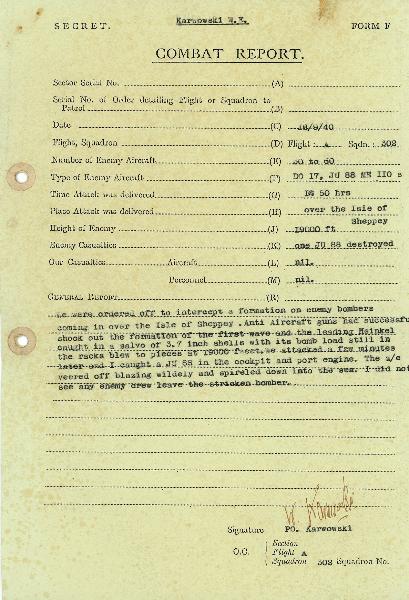 Click on an image to enlarge
W. E. Karwowski Combat Report from the Battle of Britain, 1p, legal folio, DS, September 18, 1940, marked "SECRET" and submitted by P/O W. E. Karwowski, No. 302 (Polish) Hurricane Squadron. "We were ordered off to intercept a formation on enemy bombers coming over the Isle of Sheppey. Anti Aircraft guns had successfully shook out the formation of the first wave and the leading Meinkel caught in a salvo of 3.7 inch shells with its bomb load still in the racks blew to pieces at 19000 feet. We attacked a few minutes later and I caught a JU88 in the cockpit and port engine. The e/a veered off blazing wildly and spiralled down into the sea. I did not see any enemy crew leave the stricken bomber.

P/O W. E. Karwowski was commissioned as a pilot in the Polish Air Force in 1937. He was immediately in action when the Germans invaded on 1st September 1939. When Poland surrendered after the Russians invaded, Karwowski was in Romania taking delivery of an aircraft. With fellow pilots, he escaped to France on foot. He joined l'Armee de l'Air and was serving with Groupe de Chasse II/6 in May 1940.

On the 13th he was shot down in a Morane 406 but was unhurt and later that day he shared in destroying a He111 of 3/KG54. After the French collapse Karwowski made his way south and boarded a ship for England, arriving in early July. He was posted to 302 Squadron at Leconfield later in the month. He first flew in a Hurricane on 28th July and the squadron became operational on 19th August. He claimed a Ju88 destroyed on 16th September. Karwowski was awarded the KW (gazetted 23rd December 1940) and Bar (gazetted 1st February 1941). He was appointed 'A' Flight Commander in January 1942, went to a course at CGS, Sutton Bridge in April and in mid-June was posted to 58 OTU Balado Bridge as an instructor. He had carried out 197 operational sorties with 302.