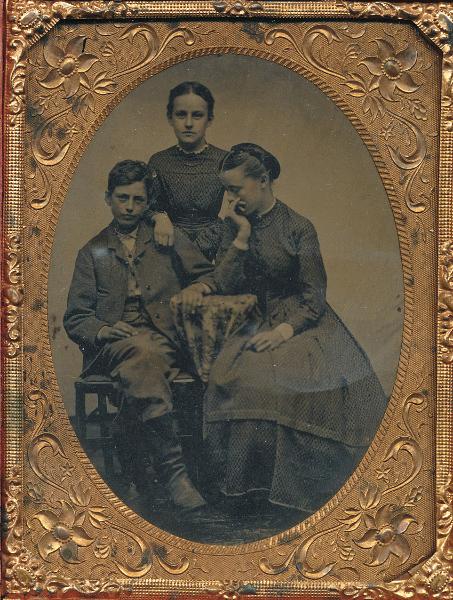 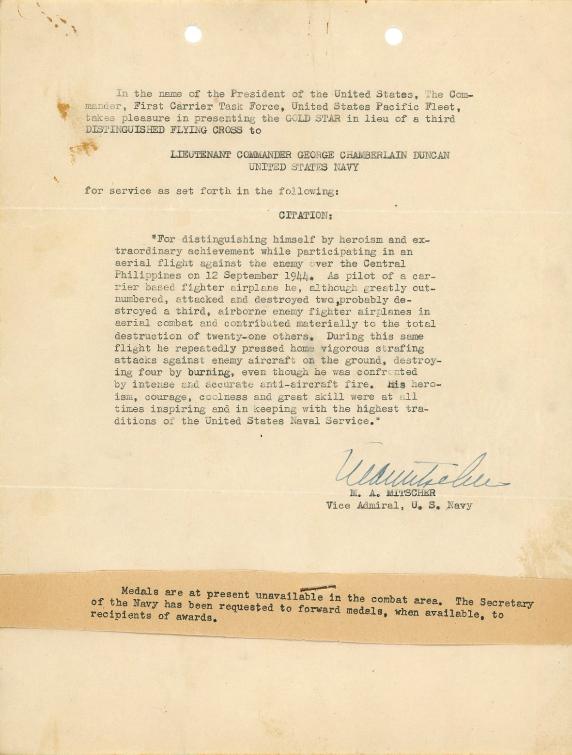 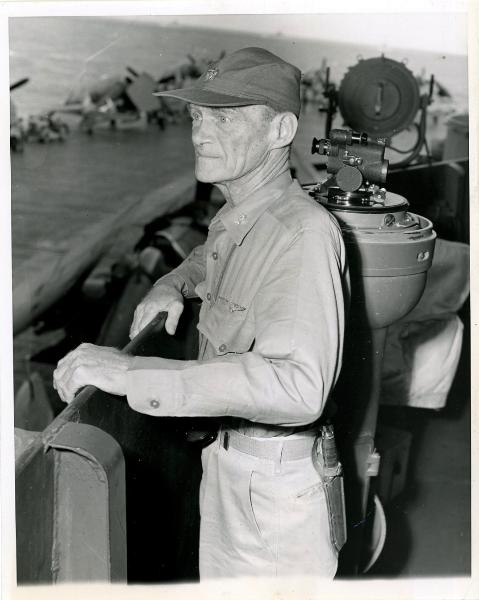 George Duncan graduated from the U.S. Naval Academy at Annapolis, class of 1939. He became a World War II Navy Double Ace, credited with shooting down 13.5 enemy aircraft in ariel combat. He retired as a U.S. Navy Captain. Marc Andrew "Pete" Mitscher was a pioneer in naval aviation who became an admiral in the United States Navy, and served as commander of the Fast Carrier Task Force in the Pacific during the latter half of World War II. He died in 1947. "In the name of the President of the United States, the Commander, First Carrier Task Force, United States Pacific Fleet, takes pleasure in presenting the GOLD
STAR in lieu of a third DISTINGUISHED FLYING CROSS to LIEUTENANT COMMANDER GEORGE CHAMBERLAIN DUNCAN UNITED STATES NAVY
for services as set forth in the following:

CITATION:
"For distinguishing himself by heroism and extraordinary achievement while participating in an aerial flight against the enemy over the Central Philippines on 12 September 1944. As pilot of a carrier based fighting airplane he, although greatly
outnumbered, attacked and destroyed two, probably destroyed a third, airborne enemy fighter airplanes in aerial combat and contributed materially to the total
destruction of twenty-one others. During this same flight he repeatedly pressed home vigorous strafing attacks against enemy aircraft on the ground,destroying four by burning, even though he was confronted by intense and accurate anti-aircraft fire. His heroism, courage, coolness and great skill were at all times inspiring and in keeping with the highest traditions of the United States Naval Service."

Medals are at present unavailable in the combat area. The Secretary of the Navy has been requested to forward medals, when available, to recipients of awards.”