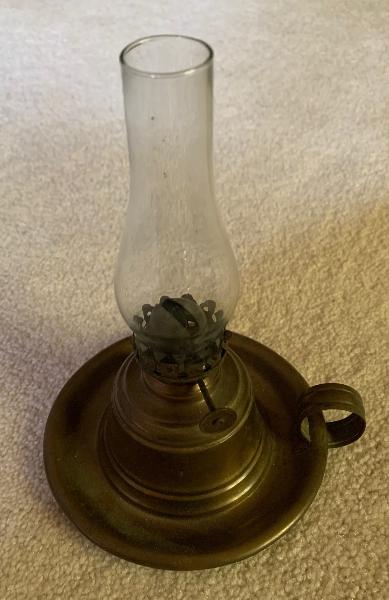 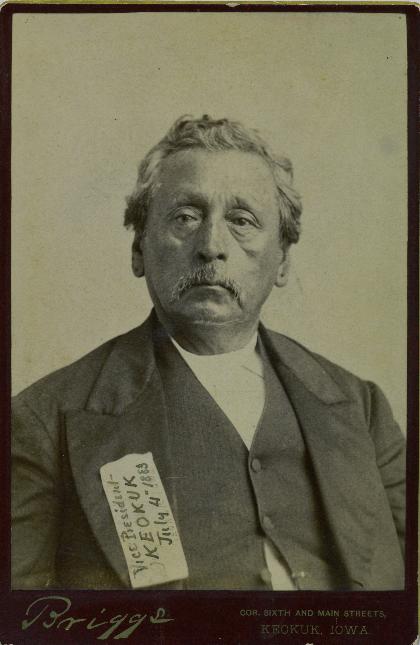 Click on an image to enlarge
Chief Wunagisa, Son of Keokuk, leader of the Sac and Fox - Cabinet card, half view, at the occasion of the reinterment of his father’s body at Keokuk, Iowa, 1883. Marked Briggs, Keokuk.

KEOKUK, MOSES (ca. 1821–1903).
A chief of the Sac and Fox tribe, Moses Keokuk (Wunagisa, "He Who Leaps Up Quickly from His Lair") was the son of Keokuk, the U.S. government–recognized leader of the Sac and Fox. Upon Keokuk's death in 1848, Moses Keokuk assumed his father's position, and he followed a policy of
cooperation with the United States. As a Baptist minister, following his conversion to Christianity circa 1877, Keokuk encouraged his people to attend Christian religious services and lead a more Euroamerican lifestyle.

As a tribal leader Keokuk signed several treaties with the U.S. government. In Iowa Territory in 1842 "Ke-o-kuk, Jr.," helped negotiate the treaty in which the Sac and Fox ceded their lands west of the Mississippi River. In the treaty of 1859 the Kansas reservation of his "Sac and Fox of the Mississippi"
was allotted into 80-acre sections. Along with the tribe's removal to Indian Territory, the treaty of 1867 provided for the sale of the remaining surplus Sac and Fox acreage in Kansas and the settlement of tribal debts. Finally, as first assistant principal chief Keokuk signed the agreement of 1891 by which the Sac and Fox Reservation in Indian Territory was allotted to tribal members. Their surplus lands were then opened for settlement by run on September 22, 1891.