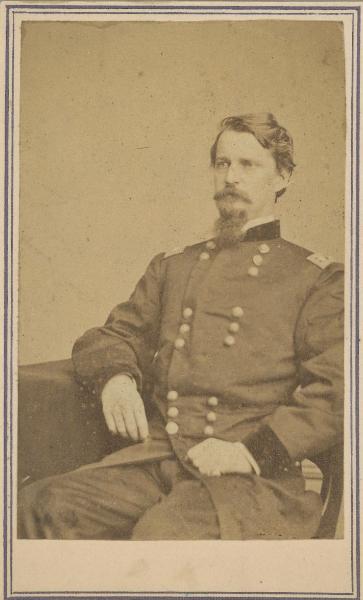 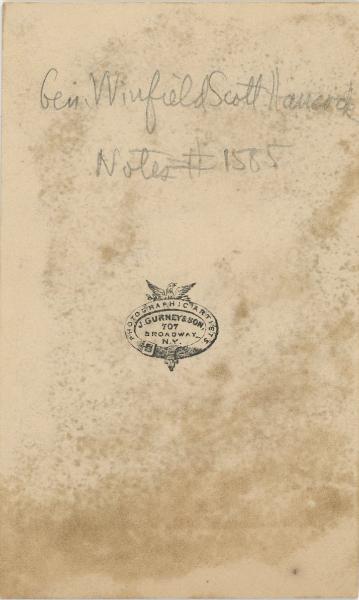 Click on an image to enlarge
Major General Winfield Scott Hancock - CDV of General Winfield wearing his General’s frockcoat and sitting comfortably in a chair with one arm resting on the table. President Grant said General Hancock, "stands as the most conspicuous figure of all the general officers who did not exercise a separate command. He commanded a corps longer than any one, and his name was never mentioned as having committed a blunder during battle. His genial
disposition made him friends, and his personal courage and his presence with his command in the thickest of the fight won for him the confidence of troops serving under him. No matter how hard the fight, the 2nd corps always felt that their commander was looking after them.” The General fought, encouraged, and led all the men under his command through each of the battles of which he was a part. Back marked J Gurney and Son.